Anti-cancer drugs are typically tested on one type of cancer at a time. But an international consortium of cancer investigators, including Vanderbilt-Ingram Cancer Center (VICC) researchers, simultaneously tested an existing therapy in patients with several different forms of cancer that all exhibit the same tumor gene mutation.

The new clinical trial showed promising results in some of the cancers treated with the drug, marking a new phase in the effort to deliver precision medicine to patients with cancer.

Results from the early Phase 2 “basket” trial were published online in the Aug. 20 issue of The New England Journal of Medicine. 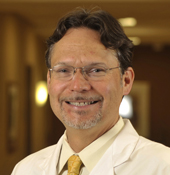 Researchers identified “driver” gene mutations, including BRAF V600 mutations which are present in more than half of all metastatic melanomas, the most deadly form of skin cancer. The oral drug vemurafenib which inhibits the BRAF V600 kinase (protein) has a response rate of 50 percent and increases survival in those patients.

The BRAF V600 mutation has been found in multiple forms of cancer, but the percentage of patients with the mutation is often small — too small to warrant a separate clinical trial. 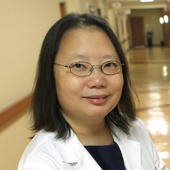 Among patients with non-small cell lung cancer, the response rate to the anti-BRAF therapy was 42 percent. Unexpectedly, patients with Langerhans’-cell histiocytosis and Erdheim-Chester disease exhibited response rates of 43 percent and no patients had disease progression during therapy.

For patients with other forms of cancer, some had responses to therapy, although the numbers were smaller. These included anaplastic thyroid cancer, astrocytoma, cholangiocarcinoma, clear cell sarcoma and colorectal cancer.

“This trial demonstrated that we can use this type of ‘histology-agnostic’ design to test the efficacy of molecularly targeted therapies across multiple tumor types,” said Puzanov, who is also director of Melanoma Clinical Research. “Moreover, we can speed up the process of getting targeted drugs to patients with rare tumor types where separate trials would take years to conduct. Our ability to add a combination of vemurafenib and the drug cetuximab cohort for patients with colorectal cancer when vemurafenib alone was less efficacious is a prime example of this. It is clear that we may have to target more than one oncogene and that tumor lineage does influence drug sensitivity, as well.”

“Targeted therapies are being developed at a rapid pace and we need new methods to test these therapies in a thoughtful, timely and coordinated manner, and this type of ‘basket’ trial has the potential to improve our testing process,” said Chan.

W. Kimryn Rathmell, M.D., Ph.D., who was recently named director of the Division of Hematology and Oncology at VICC, said this study “represents the future of precision medicine.

The genomic map of cancers is now readily available, and allows physicians to develop cross-cutting treatment strategies that are really engineered to strike at the individual cancer cells with the highest likelihood of success.”

Plans are underway for larger Phase 2 studies such as the National Cancer Institute’s Molecular Analysis for Therapy Choice (NCI-MATCH) study, which will enroll nearly 1,000 patients in approximately 20 mutation-specific groups.

Funding for the trial was provided by F. Hoffmann–La Roche/Genentech.

Next Post: Study seeks to ease ‘chemobrain’ for cancer patients