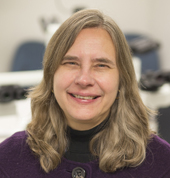 Mary (Kay) Washington, M.D., Ph.D., professor of Pathology, Microbiology and Immunology, has received the Lifetime Achievement Award from the College of American Pathologists(CAP). Washington was one of eight physician members honored during the organization’s recent annual meeting in Nashville.

The CAP Lifetime Achievement Award recognizes pathologists who have demonstrated a broad, positive impact on the pathology profession through contributions to the organization as well as helping improve the health care landscape for patients and laboratory medicine. CAP has more than 18,000 physician members and the organization is the leader in laboratory accreditation with more than 7,700 CAP-accredited laboratories in 50 countries.

“It is a tremendous honor to receive this award and to be in the company of so many other distinguished colleagues who were also recognized,” said Washington.

Washington’s research focuses on diagnostic aspects of gastrointestinal and hepatic (liver) pathology, with special emphasis on Barrett’s esophagus, colorectal abnormalities, inflammatory bowel disease and the pathology of GI immune deficiencies. She has also been involved in evaluation of mouse models for neoplasia or growths in the intestines, as well as inflammatory bowel disease.

She serves as director for several research biorepositories and shared resources, including the Vanderbilt Digestive Diseases Research Center, the Vanderbilt SPORE in GI Cancer, and the Western Division of the Cooperative Human Tissue Network.

She joined the VU faculty in 1996 and serves as director of Gastrointestinal and Hepatic Pathology.