The Robert J. Kleberg Jr. and Helen C. Kleberg Foundation has awarded a $3 million grant to Vanderbilt-Ingram Cancer Center (VICC) investigators in support of VICC’s drug discovery program. The gift awarded over the next three years from the private, San Antonio, Texas-based foundation will enable VICC researchers to pursue the development of new compounds to block the activity of cancer-causing genes and proteins that had previously been considered “undruggable.” 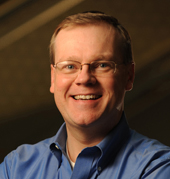 The project will focus on the uncontrolled activity of oncogenes known as MYC that drive tumor development by regulating genes connected to cell growth, division and genomic instability. MYC is implicated in nearly 70 percent of human cancer but it has been considered undruggable.

Tansey has been collaborating with Stephen Fesik, Ph.D., Orrin H. Ingram II Professor of Cancer Research, co-leader of the Signal Transduction and Chemical Biology Research Program. The pair recently identified a set of proteins that MYC must partner with to regulate gene activity. Their characterization of how MYC binds to WDR5 opens the door to new ways to inhibit MYC. 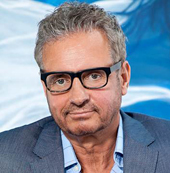 The goal of the foundation-supported initiative is to identify and validate small chemical molecules that can be refined into drugs and to explore their potential usefulness across a range of cancer types.

“The Foundation is pleased to continue its partnership with Vanderbilt-Ingram Cancer Center with a three-year commitment to further this promising cancer drug discovery research project. The foundation has long supported efforts to find less invasive and effective therapies and treatment for this devastating disease, which touches the lives of so many people,” said Helen Groves, president of the Robert J. Kleberg Jr. and Helen C. Kleberg Foundation.

The latest gift marks the continuation of the foundation’s more than two decades of support for research at VICC, beginning with a $5,000 research grant in 1993 shortly after the Cancer Center was founded. Subsequent awards provided crucial funding for VICC’s renowned Breast Cancer Program. A center in genomics named for the foundation was launched in 2000 and renamed the Robert J. Kleberg Jr. and Helen C. Kleberg Center for Personalized Cancer Medicine in 2008. A gift for upper aerodigestive research supported a significant expansion of the Thoracic, GI and Head and Neck Cancer Programs, and in 2009, foundation support for VICC’s imaging program helped foster the development of novel radiochemical probes for positron emission tomography (PET) scanning and the use of advanced research imaging to track the delivery and effectiveness of cancer therapies.

“The foundation’s leaders have a vision to improve the quality of life for cancer patients through innovation and discovery. Their unwavering generosity continues to provide critical support for the efforts of our researchers as they seek new treatments and cures,” said Jeff Balser, M.D., Ph.D., President and CEO of Vanderbilt University Medical Center (VUMC) and Dean of Vanderbilt University School of Medicine.

“The foundation continues to be an invaluable partner across the continuum of cancer discovery as well as advances in cancer therapies for patients. Vanderbilt-Ingram Cancer Center’s precision cancer medicine leadership would not be possible without this long-standing support,” said Jennifer Pietenpol, Ph.D., executive vice president for Research for VUMC and director of VICC. “The impact of the foundation’s earliest gifts is seen in our recent successes related to melanoma treatments, molecular imaging enhancements and targeted therapies for specific forms of lung cancer.”