These are rare and aggressive tumors commonly found in the kidneys of young children, but can also occur in soft tissue. In the United States every year, about 25 children — most of whom are younger than age 2 — are diagnosed with MRT, according to Tansey. 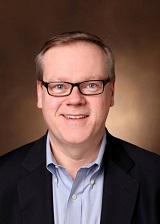 “Unfortunately, most children diagnosed with MRT will die from the disease despite grueling therapies that involve intensive surgical, radiological and chemotherapeutic interventions,” said Tansey.

Tansey will use the grant to understand whether MYC, a pro-tumorigenic protein, plays a causative role in malignant rhabdoid tumors. Studies from others have revealed that mutations for these rhabdoid tumors likely are in just one gene, identified as SMARCB1. Tansey suspects that mutations in SMARCB1 lead to activation of MYC. If correct, this knowledge could lead to more effective treatments for these patients.

“I cannot overstate the importance of this grant from ALSF to our work. There are very few funding mechanisms that provide such robust support to projects such as this, that fall into the ‘high risk/high reward category.’ This funding allows us to fully test our model for MRT, and opens the door for us to expand our work in the field of pediatric cancers,” said Tansey.

Alex’s Lemonade Stand Foundation previously has awarded grants to Vanderbilt researchers to investigate childhood cancers, including Ewing sarcoma and rhabdomyosarcoma. Tansey is one of 21 researchers at 16 top institutions around the country to receive an Innovation Grant from the foundation. The Innovation Grant, among the first grants awarded by ALSF, was created to provide critical and significant seed funding for experienced researchers with novel and promising approaches to finding the causes and cures for childhood cancers.

Alex’s Lemonade Stand Foundation (ALSF) emerged from the front yard lemonade stand of cancer patient Alexandra “Alex” Scott, who died in 2004. In 2000, 4-year-old Alex announced that she wanted to hold a lemonade stand to raise money to help find a cure for all children with cancer.