Chance to sing for the Pope motivates cancer patient 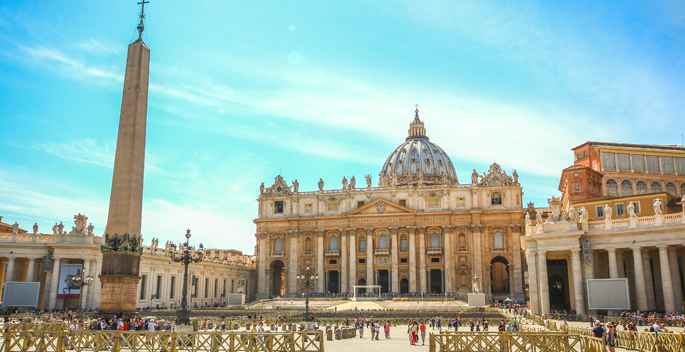 Cancer patient Sharon Edwards will lift her voice toward what she hopes is a better year when she sings for Pope Francis later this month.

“I used to be a soprano until radiation turned me into an alto,” she said, attempting to hold back a tear with humor.

She doesn’t always succeed. It’s hard not to cry when in 2016 she lost her husband to kidney failure and learned that the breast cancer she thought she beat nine years ago had come back. 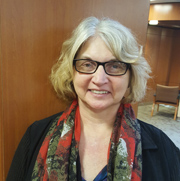 But this 58-year-old woman from Fairfield Glade, Tennessee, will soon travel to the Vatican and hopes for more years to make memories with her grandchildren.

Edwards’ determination inspired the clinicians who treated her at Vanderbilt University Medical Center (VUMC). Eight months after her husband, Pat Edwards, died, she discovered she had cancer when she went for X-rays after a couple of bad falls.

She thought the pain in her neck was from the accidents. But the cancer had metastasized and eaten away her C2 vertebrae, leaving her in incapacitating pain.

After a complex neck surgery followed by physical rehabilitation and then rounds of radiation and chemotherapy, she’s on schedule to travel to the Vatican on Jan. 30 with other members of the Festival Chorale of Fairfield Glade. The choir, founded in 2010, is made up of members from several church denominations.

“She is a really remarkable lady,” said Byron Stephens, M.D., her spine surgeon. “She has maintained a great attitude and sense of humor throughout the whole process. She has been very positive and accepting of the difficult situation she has been dealt.”

The surgery on her C2 vertebrae was in a “tricky area” at the craniocervical junction, the regions where the skull and upper cervical spine connect, Stephens said.

“The tumor involved most of the C2 vertebral body, both in front of and behind the spinal cord,” he said. “It was nearly circumferential to the spinal cord, which made the surgery technically difficult. The modern chemotherapy and radiation treatments offered at Vanderbilt-Ingram Cancer Center are truly remarkable and have significantly improved the life expectancy of patients with certain types of metastatic cancer, allowing us to consider surgery in situations that previously called for palliative treatment only.”

After discussions with the treatment team, Edwards opted for surgery. She said that although she realizes current medical treatments can’t cure her breast cancer, she knows that new treatments can prolong her life.

“I have a 3-year-old granddaughter and an 8-month-old grandson. I decided if I can just get five years so they can remember me, because right now they would have no memory,” she said.

On Oct. 27, 2016, she underwent surgery. Stephens performed a posterior occipital to C5 fusion using her bone for bone graft.

After the surgery removed the cancerous vertebrae and stopped the pain, she went to Vanderbilt Stallworth Rehabilitation Hospital, where she stayed for a week rebuilding muscle strength. Taylor Campbell, her occupational therapist, and Ciara Garcia, her physical therapist, said Edwards’s motivation made their jobs easy.

“She reached every goal we set for her and wanted us to set even higher ones,” Garcia said. “She was a delight to work with.”

Edwards walked into Stallworth and refused a wheelchair.

“We started with little small things. I did resistance bands. We started with the weakest one. In a week’s time, I had progressed to the strongest one,” Edwards said.

“I had told everyone from the beginning, ‘I can’t miss this trip to Italy.’ First of all, it is paid for, and, second of all, not everyone gets to sing for the Pope.”